Animating a Canvas with Phoenix LiveView: An Update

In my previous post on animating an HTML5 canvas using Phoenix LiveView, we used both a phx-hook attribute and a phx-update="ignore" attribute simultaneously on a single DOM element. The goal was to ignore DOM updates (phx-update="ignore"), while still receiving updated data from our server (phx-hook) via our data-particles attribute.

Unfortunately, the technique of using both phx-hook and phx-update="ignore" on a single component no longer works as of phoenix_live_view version 0.2.0. The "ignore" update rule causes our hook’s updated callback to not be called with updates. In hindsight, the previous behavior doesn’t even make sense, and the new behavior seems much more consistent with the metaphors in play.

Joxy pointed this issue out to me, and helped me come up with a workaround. The solution we landed on is to wrap our canvas component in another DOM element, like a div. We leave our phx-update="ignore" on our canvas to preserve our computed width and height attributes, but move our phx-hook and data attributes to the wrapping div:

In the mounted callback of our canvas hook, we need to look to the first child of our div to find our canvas element:

Finally, we need to pass a reference to a Phoenix Socket directly into our LiveSocket constructor to be compatible with our new version of phoenix_live_view:

And that’s all there is to it! Our LiveView-powered confetti generator is back up and running with the addition of a small layer of markup. 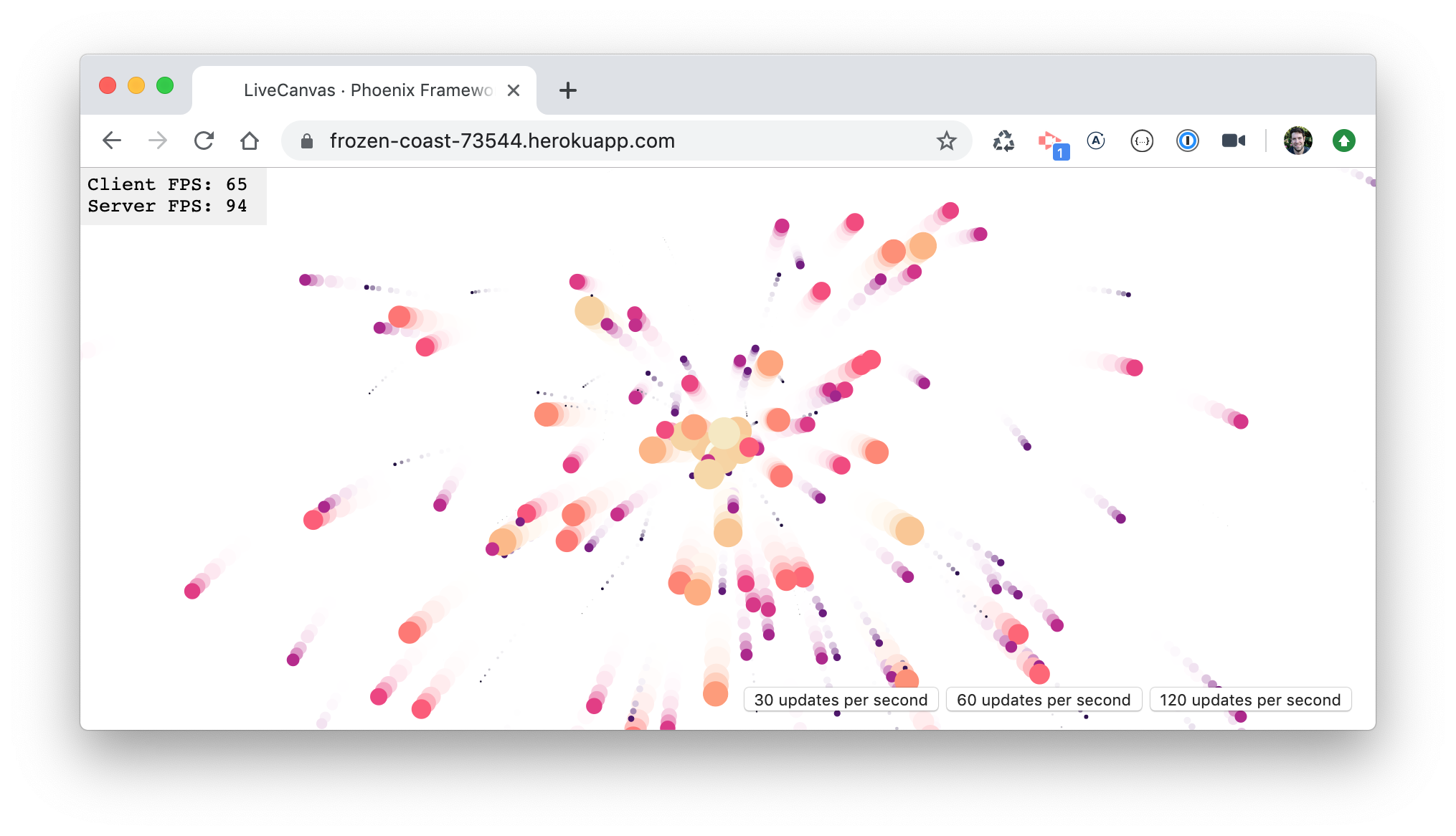 For more information on this update, be sure to check out this issue I filed to try to get clarity on the situation. And I’d like to give a huge thanks to Joxy for doing all the hard work in putting this fix together!

This article was published on October 1, 2019 under the ElixirLiveViewPhoenix tags. For more articles, visit the archives. Also check out the work I do, and reach out if you’re interested in working together.

Generating Guitar Chords with Cartesian Products – Cartesian products are an algorithmic superpower. Check out how we can use them to quickly and easily generate all possible guitar chords across the fretboard.