Minimal Coding with Spacemacs and Olivetti

As I mentioned on Twitter, I’ve been experimenting lately with using a visually minimal Spacemacs setup. I’ve been using this new setup every day for several weeks, and I’m absolutely in love with it.

Want screenshots and an overview of how it works? Read on!

But what if I want a “distraction-free writing” environment for writing code?

It turns out that Olivetti is still perfectly suited for the job. Check out a few screenshots of my current Spacemacs setup. Note that the screenshots below capture my entire screen, from edge to edge. There’s nothing behind the curtain here: 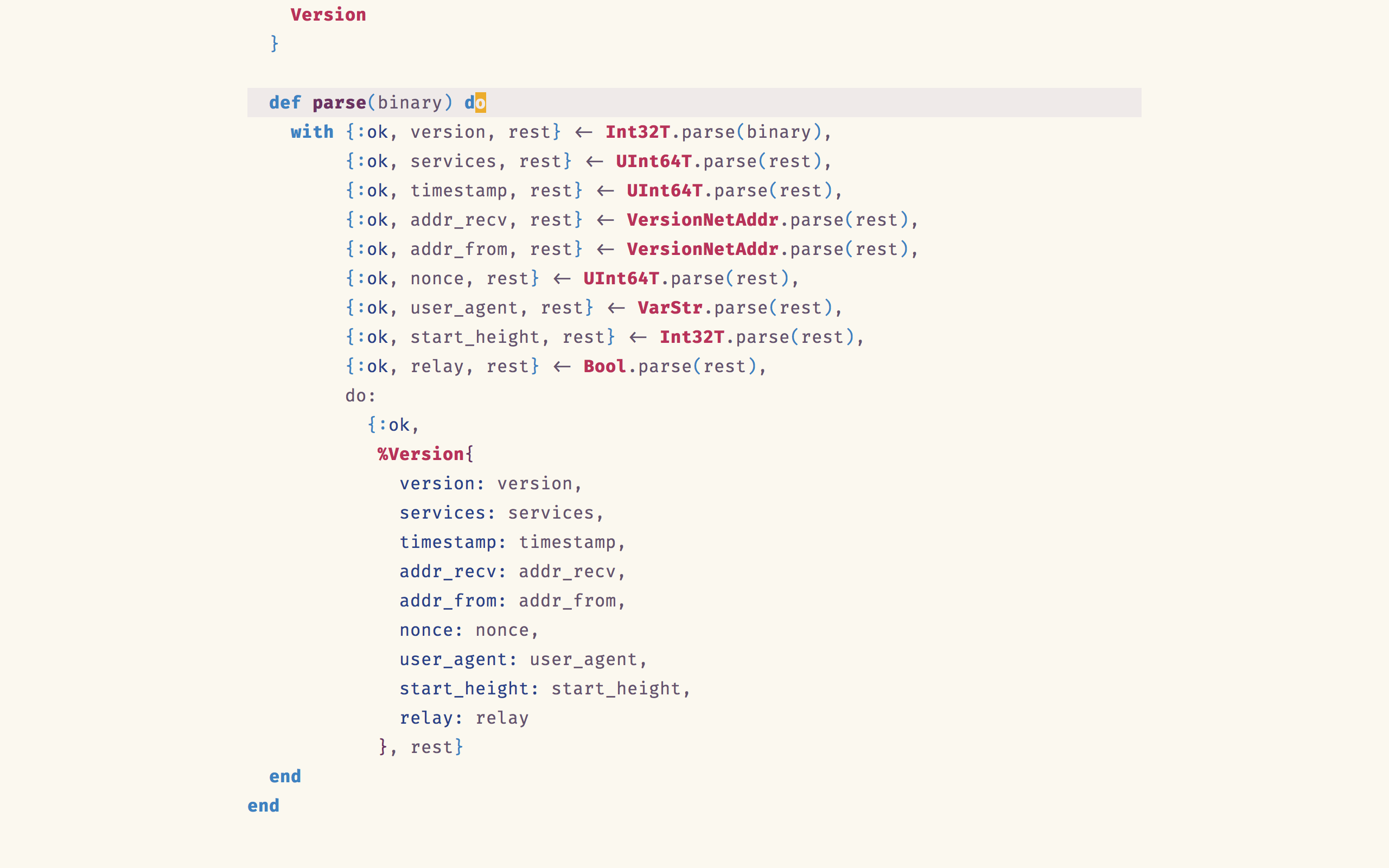 I’ve configured Olivetti to only activate when in prog-mode, or in text-mode. This means that things like Spacemac’s home buffer, and inline terminals retain their original layouts. This distinction has been working beautifully for me so far: 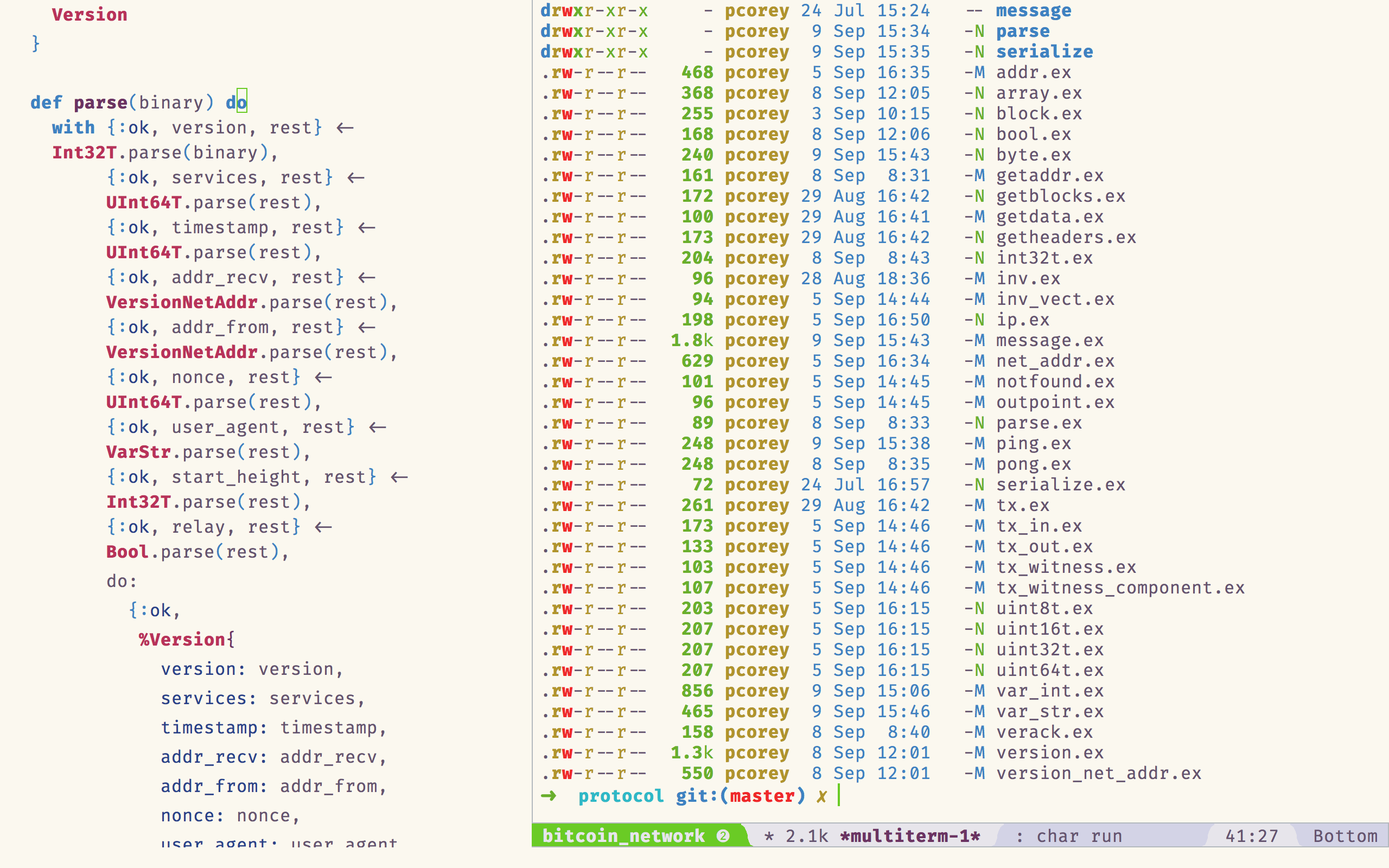 To get Olivetti working with Spacemacs, I needed an Olivetti layer. Unfortunately, an out-of-the-box Spacemacs layer doesn’t exist for Olivetti. Thankfully, the process of creating a custom, private layer isn’t a difficult one.

We can create a new private layer from within Spacemacs by running the configuration-layer/create-layer command with M-x (or SPC + :). Let’s call our layer olivetti. This creates a new ~/.emacs.d/private/olivetti folder and populates a packages.el file with some boilerplate.

We’ll replace the contents of packages.el with the following:

This tells Spacemacs that we need the olivetti package, and to use the package once it’s been loaded.

Once that’s done, we need to edit our Spacemacs configuration file (SPC f e d), and add an olivetti entry under our dotspacemacs-configuration-layers list to instruct Spacemacs to load our new private layer.

Finally, we need to configure Olivetti to run in prog-mode and text-mode. We can do this in our dotspacemacs/user-config callback:

I use this opportunity to tune Olivetti and Spacemacs to my liking. Feel free to make any changes you deem necessary.

With that, we’re good to go!

How To Not Get Lost

The key to not getting lost without any visual indicators is to always know where you are!

That may sound like a truism, but visually paring down my code editing environment has made me realize that there is no substitute for deep understanding and mastery of your tools. I don’t need a modeline to tell me which mode I’m in if I already know. I don’t need a constant reminder of which line I’m on, when I can navigate directly to any given line with :.

Many of the visual indicators that modern editors provide are really just noise. I’m not going to say that noise is never helpful, but you can almost always get by without it.

If you’re interested in seeing exactly how my Spacemacs is set up, you can see my entire .spacemacs file here. It’s very ugly. I’m warning you now.

This article was published on September 10, 2018 under the Emacs tag. For more articles, visit the archives. Also check out the work I do, and reach out if you’re interested in working together.

Living the Simple Life with Recursive Parsing and Serialization – I've been working on a refactor of my Elixir-powered Bitcoin full node for weeks now. Let's dive into the solution I landed on.