It’s been a long and winding road, but development and testing on the initial release of my latest project, Inject Detect, is done.

I first announced Inject Detect back in March of this year. At that time, I estimated that the project would be finished and released mid-year.

At that point in time, I estimated that three to four months of development time was ample for the project I intended to build. Unfortunately, as software projects often do (especially when personal projects), scope creeped and timelines extended.

Take a look at the project timeline below:

As you can see, development took longer than expected. Work on the project largely took place in the evenings and in free blocks of time scheduled around my existing client work.

Not only that, but Inject Detect underwent three large refactors during its first iteration. Check out this GitHub graph of insertions and deletions for a visualization of my inner turmoil: 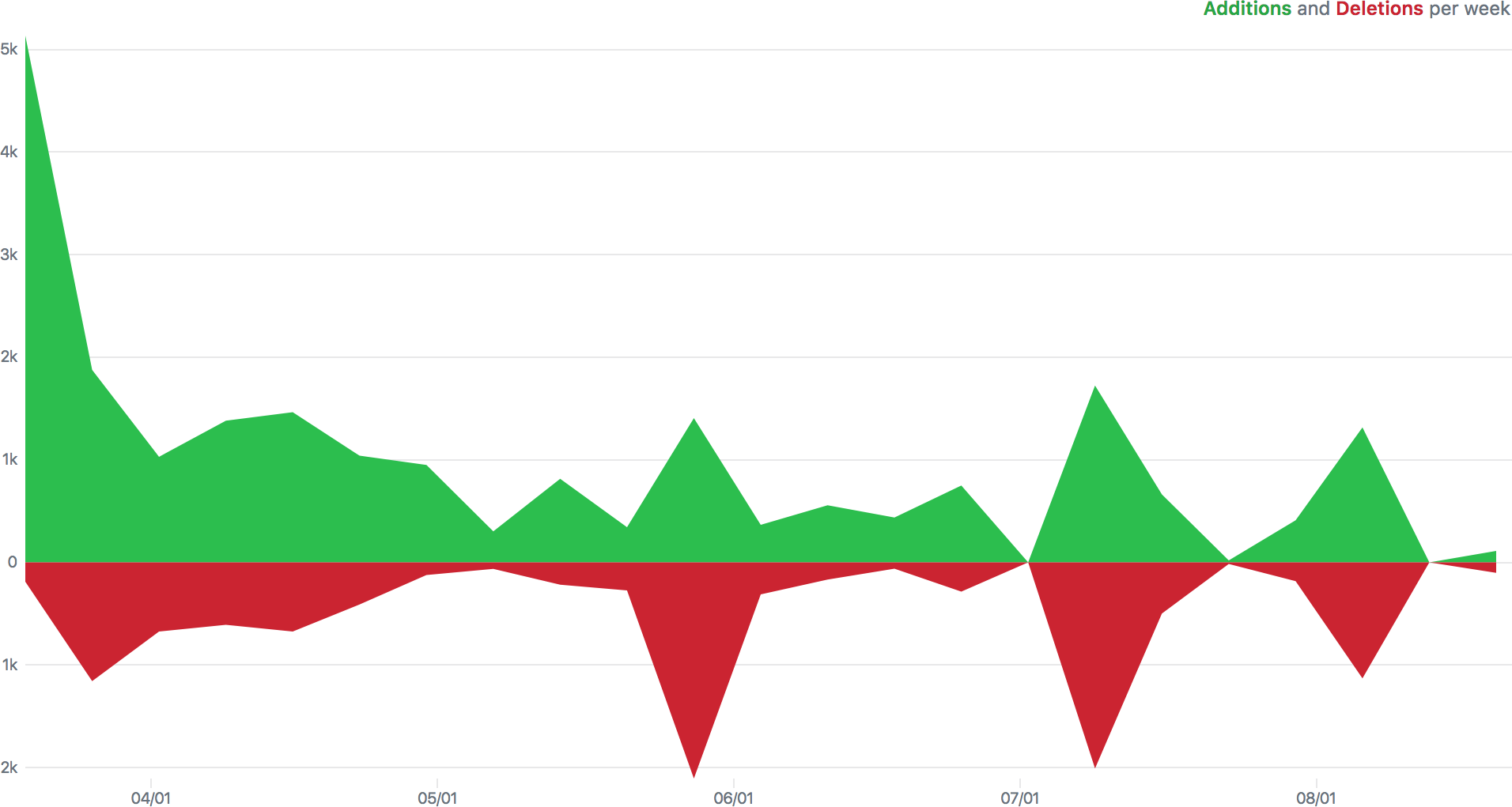 In hindsight, I should have prioritized shipping over perfecting my engineering vision.

That being said, I’m happy I took the time to explore alternative implementations of my idea. Along the way I learned a great deal about event sourcing, building distributed systems, Elixir, Phoenix, GraphQL, and React.

The development of Inject Detect is finished, but it’s not currently available to the public as of yet.

If you’re interested in getting your hands on Inject Detect as soon as possible, be sure to sign up for the Inject Detect newsletter where I’ll be first announcing the release in the coming weeks!

This article was published on August 28, 2017 under the Inject DetectMeteorMongoDBNoSQL InjectionSecurity tags. For more articles, visit the archives. Also check out the work I do, and reach out if you’re interested in working together.